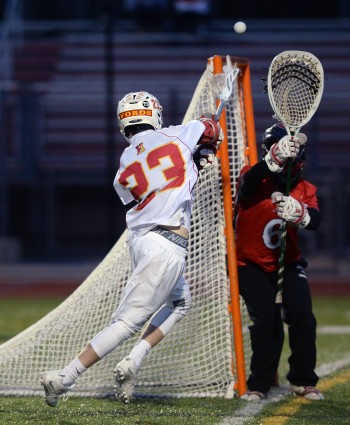 There’s just two weeks left in the lacrosse regular season, and the stage is set this week for the last really intensive week of league contests for District One squads. The first iteration of the power rankings are out, which means we must be close to the end of the season. Both of the major league titles in Delco can be sewn up this week, with Penncrest and Haverford School needing two wins each to clinch at least shares of the Central League and Inter-Ac titles, respectively.

The new stat leaders are up. The leadership is still monopolized by Haverford School players, with Forry Smith leading in goals and Grant Ament still on top in assists (by a wide margin) and in points. But there is a crowd behind them, particularly the Penncrest duo of Drew Hanna (in assists and points) and Alex Bonnett (in goals).