As Larry Yarbray stands in the corner of Academy Park’s gym, he can see the game that had just concluded playing out before his eyes once again. 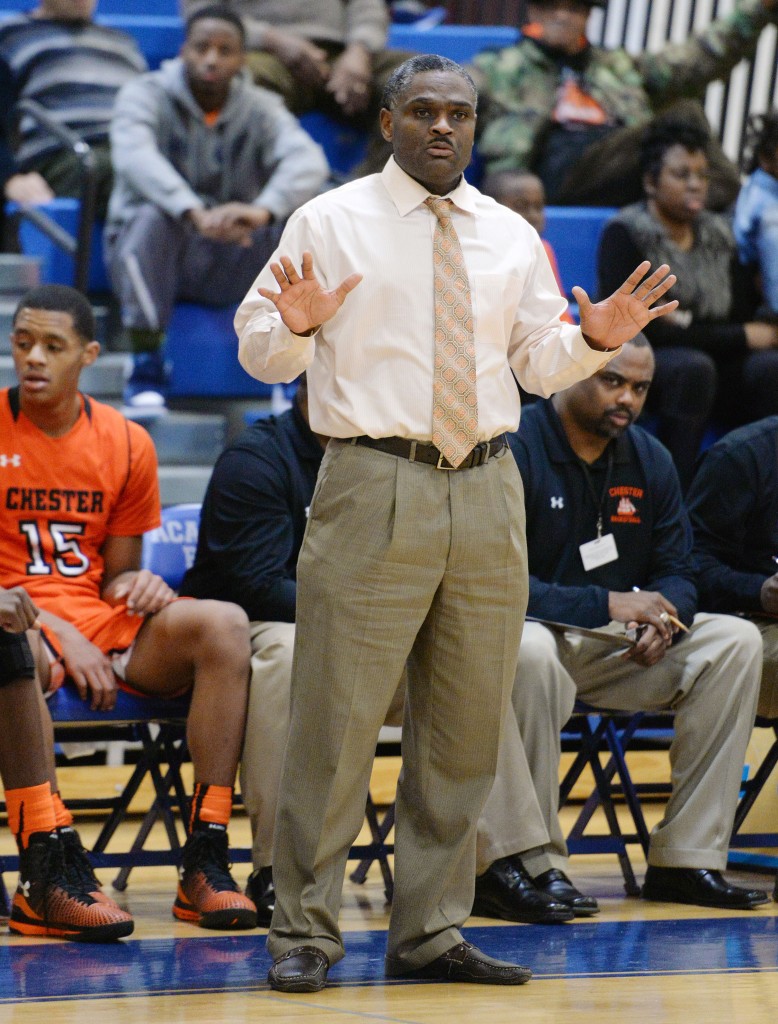 Without prodding, the Chester coach points to areas on the floor – a missed free throw at this end, a loose ball the Knights corralled in that corner, a scrum his Clippers didn’t get the better of under that basket – that costs his Clippers a 51-48 loss on a buzzer-beater by Deandray Covert. He gestures off in the distance as if his directions could still provide instruction to his players.

But through it all Wednesday night, Yarbray explained what had transpired with a level of calm that belies the fact that three straight losses isn’t an occurrence that happens often at Chester.

Thursday’s loss to Academy Park was preceded by a 70-38 shellacking at the hands of Westtown at the Hoop Group Showcase at Parkland High School last Saturday and a 47-46 loss to Penn Wood the previous Thursday. The three-game skid (which has since ended thanks to a 71-49 win over Chichester Thursday) is the longest for the Clippers since 2009-10, Yarbray’s second season in charge.

To say such struggles are rare in Chester isn’t hyperbole. The Clippers, notorious for coming together and peaking late in seasons, boast a 12-7 record. In the 20 seasons since Fred Pickett took over the program, this is only the seventh in which they’ve lost seven games or more. Over the last four seasons, Yarbray lost just 11 games total.

Yet Yarbray remains unalarmed, scoffing when asked how District One will react to news of the Clippers’ struggles. Part of the difficulties are due to the lack of practice time, borne of an already loaded schedule disrupted by snow days, that has limited the Clippers to about five practice sessions this month. Part of it is the necessary recalibration Chester was forced to undergo when point guard Khaleeq Campbell was lost for the season before Christmas with a knee injury, and it’s also the unavoidable consequence of a roster with just one senior (Keyonte Watkins). And part is the simple fact that a league as deep and competitive as the Del Val would certainly catch up to the Clippers eventually.

Yarbray diagnoses his team’s problems as relatively run-of-the-mill, as simple as a young team that hasn’t yet developed the killer instinct to do the little things.

“You’ve got to get those, especially when you’re fighting for your life on the road,” he said. “Some guys want to do it; some guys don’t. We try to tell them each and every day, the key if 50-50 balls. Get dirty, you make sacrifices for the team, you’ll come out and make those plays so that we might be on the other side of it walking out with a win.”

The issues run a little deeper, from an Xs and Os perspective. Yes, Chester erred from the hustle standpoint against a very talented and veteran Academy Park team, committing five turnovers and bricking five free throws (including one front end of a one-and-one) in the final frame Wednesday. But there are also some systemic issues to iron out. 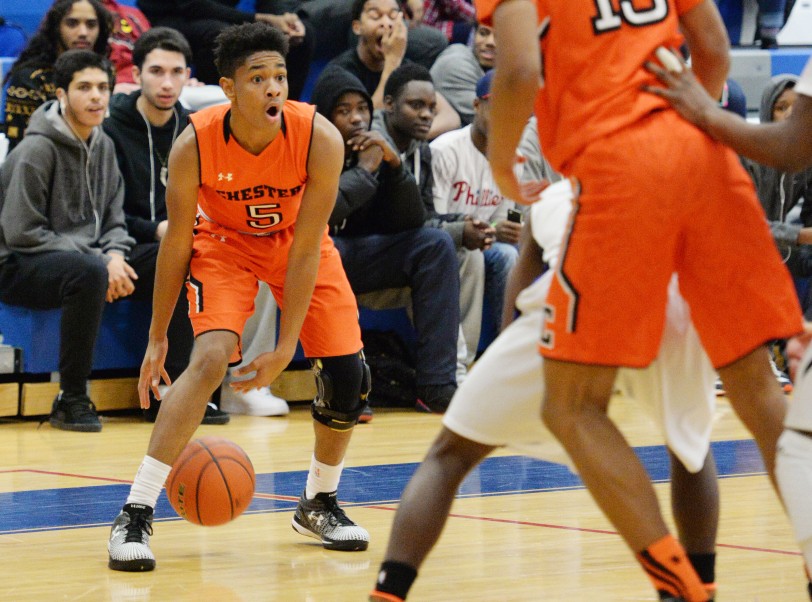 Chester’s Ahrod Carter stepped up with two clutch buckets late in Wednesday’s loss to Academy Park, but the sophomore guard could use help in crunch time. (Times Staff/TOM KELLY IV)

It’s clear that this is a Chester team without a star. Even absent one, they still need players willing to emerge late and take control of games. No one is expecting a Mahir Johnson or Tyrell Sturdivant to materialize and lead the Clippers as last year to the District One title, but there must be more options late. Wednesday, it fell to Ahrod Carter – a talented sophomore with big-game potential, but still a sophomore – who scored two clutch buckets down the stretch.

In the fourth quarter against Academy Park, though, some of the players you’d expect to play prominent roles in the fourth were alarmingly muted. Watkins attempted just one field goal and scored two points. Big man Maurice Henry didn’t attempt a field goal after going 6-for-8 through the first three quarters. Marquis Collins, who threatened to step to the fore in the third quarter, wasn’t even on the court when the Clippers broke from a timeout with 2:43 left, down 42-38. And Wednesday’s loss was the third straight without a made field goal for talented sophomore forward Jamar Sudan. (Lest you think it’s a coincidence, he scored 15 in the win over Chi Thursday.)

The issues extend beyond the individuals, as well. Only once in the last six games has a Chester player made more than one 3-pointer in a game. Over the three-game losing streak, the Clippers are 20-for-55 from the line (including a ghastly 9-for-23 against Penn Wood) and have seen their team free-throw shooting drop to 59.2 percent. They have a potential mismatch with most teams via the 6-8 Henry, but they too rarely run their offense through him, limiting his touches to putbacks or dump-offs by guards driving to the hoop. His post moves my not be the most advanced, but Chester has missed a chance to hone them through repetition.

There’s no substitute for experience, Yarbray will attest. The bright side for the coach is that his team obtains some of that with every game, win or loss. But the time to apply the lessons is dwindling, and even with the losing streak snapped, the battle for confidence seems to be looming none too far in the distance.

“Hopefully, you can find experience out here in the battles and the wars, you learn and grow from it,” Yarbray said. “You learn that you have to go and make that play. … Sometimes when guys haven’t been in the war enough, confidence is not up there enough, then you lose two, three in a row, some guys are shying away from it. Do they really want to do it?”

One thought on “Boys Basketball: Pondering the problems of Chester’s losing streak”