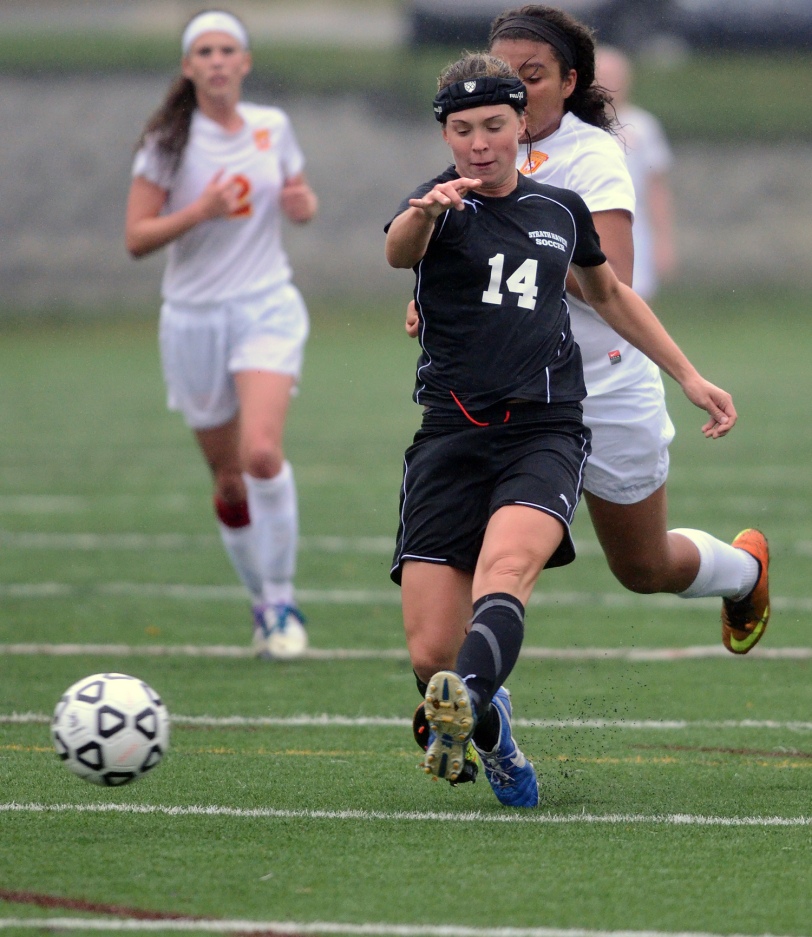 It’s been said before, but it’s worth mentioning again. With a sophomore goalie and a completely rebuilt midfield, the Panthers gave up 11 goals all season, seven of which came in their second and last games of the season. That’s stout. Once again, the Panthers are the best team in the county, a title that a team will have to wrestle away from them.

Were not for one off day against Germantown Academy and the one-girl wrecking crew that is Penn Charter’s Jlon Flippens, we could be talking about the Owls as the Inter-Ac champs. They also made the finals of the PAISAA tournament, losing to those same Quakers. For a team that is mainly underclassmen – including a star-studded sophomore class in which All-Delcos Kristin Burnetta and Hannah Keating are but a small piece – there are some bright days ahead.

It’s the seniors – Laura Slavich in midfield, Kelly Rogers in goal, Aniya Davila-Smith at forward before her injury – that jump out at you, but there’s much more returning for the Fords after a big season under first-year coach Alexandra Hill. With the youth that they have, the Fords could really do something next year. You know, if they manage to get the coaching continuity it seems they’ve lacked recently.

It’s scary to think, but there were only three seniors on this team that took massive steps forward from last year’s struggle. All three – midfielders Emily Bogan and Katie Schneider and defender Kathryn Spaight – played big roles. But goalkeeper Katie McCullough is just a sophomore, as is Phoebe McCernon, who had an out-of-this-world year, plus freshman defender Claire Nappi was excellent when healthy. If they can achieve more balanced scoring from a young midfield, some of the members of which will have to fill the void left by the central midfield pairing of Bogan and Schneider, they could challenge for the Inter-Ac title next year.

You end up playing the “what if” game with EA. What if Leah Becker doesn’t go down with an injury early In the season, how different would this team be? The truth is that while they lose Inter-Ac MVP Meredith Manley to graduation, the other losses are limited (Emma Brumbaugh’s scoring is one of the bigger departures). But back is Taylor Long, who was stellar in goal against Notre Dame when I saw them, and strong central defender Maria Kilcullen along with Becker for her senior year. There’s not as much replacing to be done here as you might think.

There’s no discrediting what Haley Warden did in leading this team this season, and without the James Madison lacrosse commit, they’ll have to make some big adjustments. But consider that the Jags’ second-leading scorer (Rachel Glenn), entire backline (with top talents in Jordan Ireland, Jackie Sever and Taylor Buckley) and goalkeeper (Ashley Bufano, who had a breakout year) are all back, and it’s reasonable to think that they can take a step forward next year.

OK, I know these capsules are all starting to sound like, ‘hey, this team will be good again next year.’ But I really mean it with Delco Christian. The only main departure from the team that lost in overtime of the District One Class A title game is goalkeeper Jamie Barr. The backline of Paige Thompson, Claudia Norton, Analeigh Crisanti and Brenna Richards makes the search for a replacement a lot less nerve-wracking. Julia Kyne and her 27 goals are back, and Kailey Neef is one of the best returning midfielders in the county. The Knights could make a very real push for the district title in 2014.

Honorable mention: Marple Newtown (10-7-1; the Tigers lose four seniors, but with the corps returning, including forwards Megan and Julia Lynch and goalkeeper Amanda Goodyear, a third straight districts appearance is within their reach); Springfield (7-5-3; another year working with coach Lindsay Rowland could see the program really advance); Cardinal O’Hara (8-9-1; the record isn’t what the Lions would want, but it was bound to be a bit of a rebuilding year for them, with lots of young talent back next year); Interboro (8-8-2; a districts appearance will pay dividends down the road).