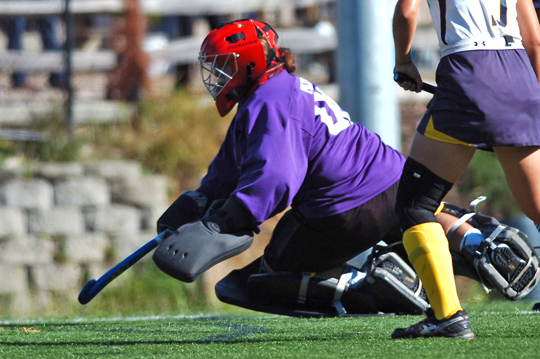 As I was walking out of Garnet Valley’s gym after watching the Jaguars’ volleyball team handled Strath Haven, I was asked by a Garnet Valley field hockey player when I was coming out with a new Super 7.

Because, yes, it’s been a while. My bad, but it also gave me some time to analyze each team’s big wins and losses and of course, there’s a new team sitting atop the rankings. Let’s carry on, shall we?

Yep, I vaulted the Churchwomen over rival Notre Dame because EA has been able to answer the biggest preseason question I had. (Still, call it 1A and 1B) I was curious as to who would replace two-time All-Delco Alana Dumas‘ scoring and it turns out that it’s, well, everyone. Lexie Curry, Christy Palazzese and Margaux Paolino have all been busy firing home goals and coach Gina Buggy is also getting big plays from several others. Of course, it helps when you’ve given up two goals all season as All-Delco goalie Gianna Pileggi has been her usual sharp self. EA should make it through this week unscathed, but the Churchwomen get Agnes Irwin and Cardinal O’Hara three days apart in the first week of October. Big tests.

Could have bumped the Irish up but chose to give the slightest of edges to EA. They’ll settle it on the field eventually. Reigning Daily Times Player of the Year Moira Putsch (I know, I know, her again) is doing what Moira Putsch does with nine goals and nine assists, but Taylor Leonhardt has also stepped up to fill some big voids. Kirsten Mansfield is chipping in, too, and Gabby Carlini is stopping 86.2 percent of shots sent her way. A stiff Friday test with Agnes Irwin headlines this week’s slate for the Irish.

Good-sized bump for the Jaguars, mostly thanks to beating previous No. 1 Cardinal O’Hara both convincingly and on the road. The loss to Avon Grove was a bit puzzling, though that happens when you run into a hot goalie. Katie Keyser is even better this year than she’s been the past two years. Jessika Daniels is emerging as a standout midfielder and goalie Paige Lawton scooped up a pair of wins filling in for the injured Hailey Valerio. Brittany Talley‘s scoring has been a pleasant surprise, too.

The biggest faller of the group, but it was impossible to put the Lions any higher after they were handled at home by Garnet Valley. All-Delcos Marissa Cicione and Grace Boston are putting up their usual eye-popping numbers, but how about the emergence of Jess Randazzo as another scoring threat? The most incredible stat? The Lions haven’t allowed a shot on goal in their wins. Good defense, Lauren DelRomano and Gabby Rowe (among others).

This is the highest AIS has been in the Super 7 in my three years on the beat and I really think Alison Brant is building something special. Sophia Tornetta has picked up right where she left off last year and younger sister Julianna (I’m pretty sure AIS has a factory where it develops more Tornettas by the week) is on a torrid scoring pace. Mady McLennan and Lucy Maguire have been instrumental in AIS’ perfect start, too.

This is more of a byproduct of other teams playing well rather than the Patriots playing poorly, though the lone loss wasn’t pretty in a 5-0 whitewashing against Notre Dame. Nevertheless, Carroll remains the team to beat in the Catholic League until someone can knock it off its perch, especially considering an impressive three-game winning streak where it outscored opponents 21-1. Grace Midgley is putting up points, as is Alyssa Lemons, and first-year starter Kerri Mountz already boasts three shutouts.

Tough team to figure out, but it looks like the Fords needed to adjust a little bit after losing a talented senior class. If you need a big goal, preferably in overtime, Tess Horan might be your girl. She scored the game-winner as a freshman last year against Strath Haven in the playoffs and already has two OT winners this year against Marple Newtown and Plymouth Whitemarsh. The scoring is impressively spread out on this team, but Abbey Romano, Natalie Bova and Rachel Bova are doing big things. Goalies Katie Wyman and Caroline Russo have been sharp. Read more about them in Monday’s notebook.