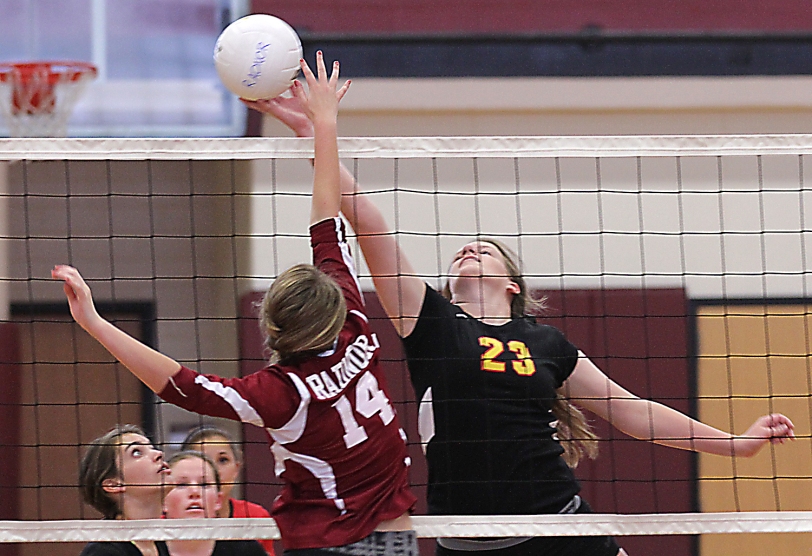 Amanda Hunt, right, and Penncrest are out to show that they can contend in the Central League.
TIMES STAFF/ROBERT J. GURECKI

The Central League volleyball hierarchy is Garnet Valley and Strath Haven in some order, but Jenn Davidson and Penncrest, 3-0 winners over Radnor, want to join that table.

Upper Darby volleyball finished on the good side of the win/loss ledger for the first time this year by sweeping Harriton, 3-0.

Academy Park field hockey got goals from Madison Street and Nicole Dominick to snap a four-game losing streak in a 2-0 win over Friends Select.

Danielle Robinson‘s second-half goal propelled Archbishop Carroll girls soccer to a 3-1 win over Merion Mercy, its first of the year.

Lauren Falasco moved up from No. 2 singles to No. 1 and it paid off for Haverford girls tennis in a 4-3 thriller over Upper Darby.

Freshman goalkeeper Matt Freese came up with his second shutout of the year as Episcopal Academy boys soccer fought to a scoreless draw with the Peddie School.