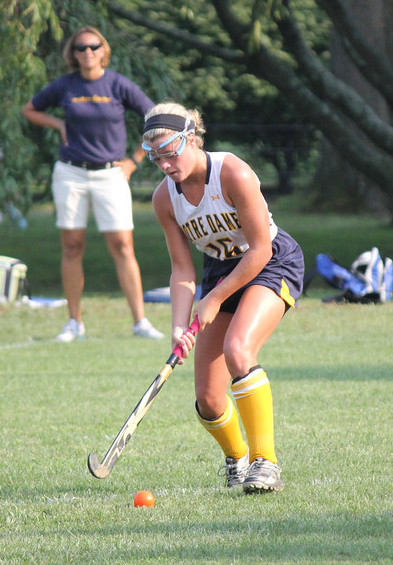 Pick a local league – any league, really – and there’s a pretty good chance that a county team ranks among the elite there. Haverford ruled the Central League roost a year ago. Archbishop Carroll triumphed over rival Cardinal O’Hara for the Catholic League title. Episcopal Academy and Notre Dame split the Inter-Ac title with the Churchmen taking home the PAISAA tournament title.

It’s fitting, then, that Delco is home to some of the state’s best players. With that being said, here’s a look at the top 10 returning players in the county. As a bonus, I’ve thrown in some honorable mention selections.

It’s sad that I have to put this disclaimer in, but at this point, it’s necessary. Being on or being omitted from this list has zero bearing on the selection of the 2013 All-Delco team. It is a preseason glance – with an explanation thrown in for free – meant to highlight some of the top players. Postseason accolades are based upon how each player performed that season, not anything else

Well, no kidding. This was the easiest choice of the bunch. Last year’s Daily Times Player of the Year returns with the county career goals record already in hand with 86. Putsch, who scored 45 goals and added 25 assists last year, is aiming to become the first four-time field hockey All-Delco. Speed, stick skills, quickness, agility, vision and competitiveness set her apart from the rest of the group. Putsch is the total package. She has committed to Maryland.

The heart and soul of the Lions for the past two seasons, Boston has emerged as one of the county’s elite. The two-time All-Delco became the first Lion to take home back-to-back Catholic League MVP awards last year by posting 31 goals and 24 assists and leading O’Hara to the state tournament. Not as flash as No. 3 on this list, but effective and consistent

You know where Cicione is at all times when you’re watching the Lions. Her tremendous speed and quickness are rivaled by few and she had a monster year a season ago. She went from a barely-known sophomore to tying Putsch for the single-season Delco record of 45 goals, including O’Hara’s lone goal in a 2-1 season-ending loss to Wissahickon in the PIAA tournament. She and Boston will be a headache for opposing defenses.

Zamojcin was mostly a defender last year, but it was a move to center mid that enabled her to shut down O’Hara in the PCL title game. The Virginia commit was the best player on the field in that game and can match up with anyone in the area. A two-time second-team All-Delco, Zamojcin is a very smart player who is seemingly never in the wrong position. I’m curious to see if the move to midfield helps her offensive game. Either way, she’s the centerpiece for the three-time defending PCL champs.

Pileggi’s development took center stage a year ago as she emerged as the county’s best goalie. She went from being a solid option in the EA cage to a game-changer and in turn, helped the Churchmen to a split of the Inter-Ac title and the PAISAA championship. Her 87.4 percent save percentage led all starters last year and she posted 15 shutouts. The scary part? The All-Delco’s stats could get even better this year. 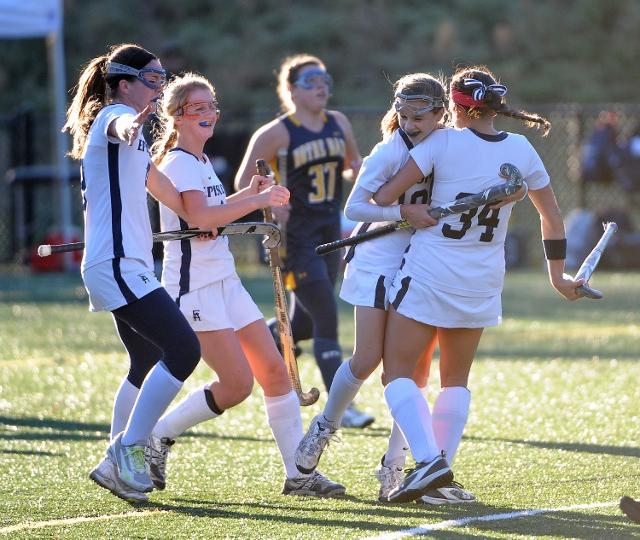 Two-time All-Delco Alana Dumas’ departure to the University of Michigan leaves a gaping hole in the EA front line, but Paolino has the talent to nullify that departure. She tallied 17 goals and dished out 13 assists as a freshman and has unlimited potential. Paolino came through with a big performance in the PAISAA title game, scoring once and setting up Lexie Curry for another. She has the potential to be a gamebreaker.

If speed is your thing, Keyser might be your favorite player. The latest in a long line of athletic Keysers, she can stretch a defense thin when she turns on the jets. Simply put, I don’t know that anyone in Delco has her long speed. Keyser made big strides last year to become a more complete player, though, as her 19-goal, 11-assist season would indicate. If the Jaguars win the Central League, much of it will be thanks to her.

Tornetta emerged as the lynchpin to the Owls’ resurgence last year by finding the back of the net 18 times to go with nine assists. The All-Inter-Ac selection has earned plaudits for her nose for the net and she developed consistency a season ago. She might be Delco’s best-kept secret for now, but that probably won’t last too long.

She might be the furthest thing from flashy, but DelRomano has quietly developed into a shutdown defender for the Lions. She won’t get caught out of position very often and is nearly impossible to beat one-on-one. She chipped in an assist last year, but if there were leaderboards for causing turnovers and smart outlet passes, DelRomano would be way up there.

What a turn of events it was for Wyman a season ago. When I spoke to coach Beth Sandowich right before the season started, she wasn’t sure who her goalie would be. It’s safe to say that Wyman has the job locked up for two more years. An All-Central pick, Wyman broke out in a big way and posted a stellar 85.1 percent save percentage. She turned into a brick wall in the playoffs, nearly willing Haverford to a state tournament berth and has the potential to be elite.